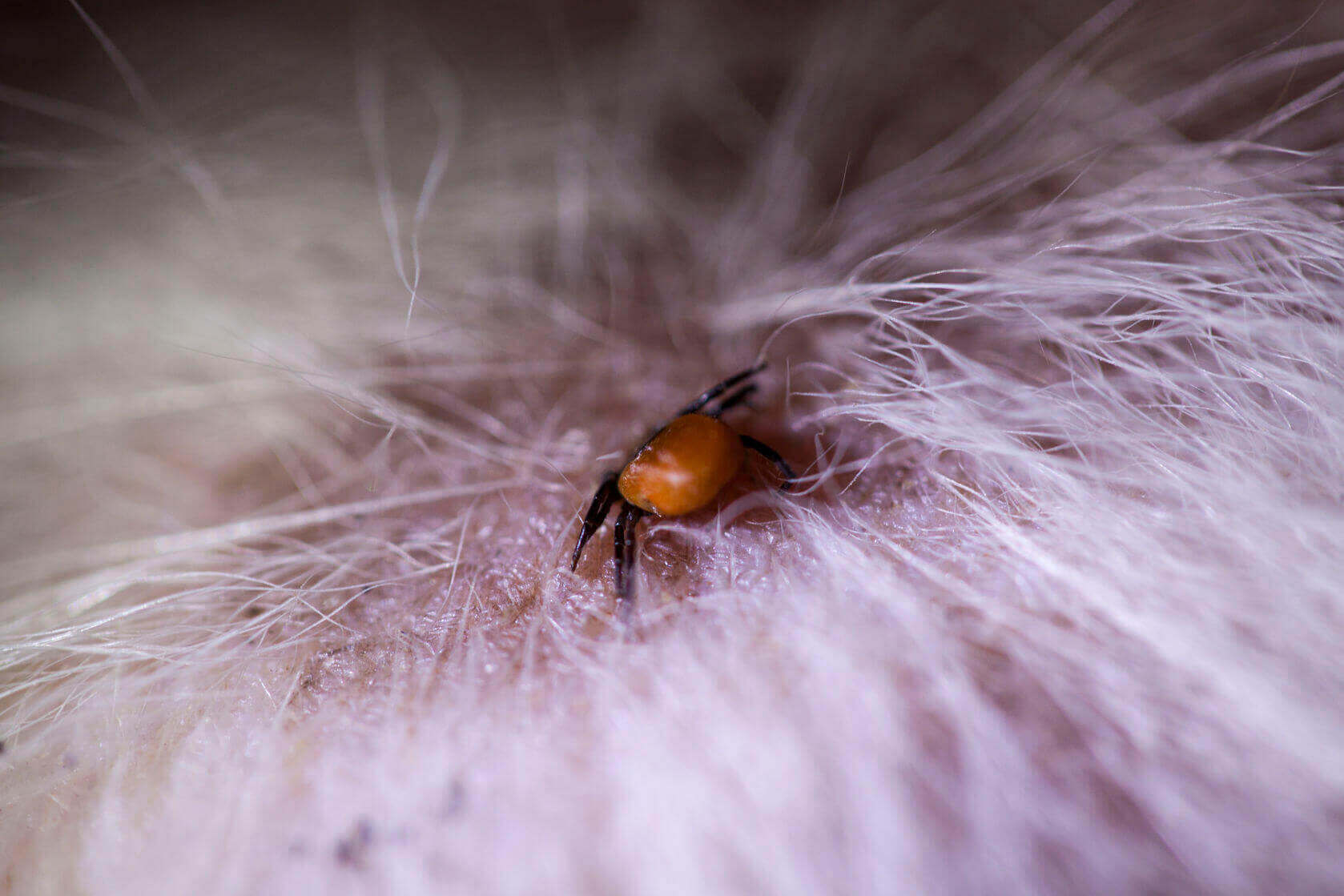 Aloe vera and insect bites in dogs and cats

With the arrival of beautiful days the daily walk becomes longer and more pleasant. The heat, the sun on the skin, the clean air and a beautiful clear sky are the winning combination to take your dog for a walk and make it fun. However, at this time a danger is always around the corner, especially in the warmer months, insect bites. Among the most frequent we have bees, wasps and mosquitoes that can not only create an unpleasant momentary situation, but even cause consequences.

Mosquito bites are definitely the most common problem that your furry friend is forced to endure continuously. As for the man, even for the animals the bite is more annoying to the point of having to scratch continuously to try to weaken the feeling. In addition, some cats and dogs may be allergic to the saliva of the insect, which in addition to the itch that we are accustomed to endure us, cause swelling and redness, which can result in real dermatitis with so much formation of dandruff and crust. Although anaphylactic shock in mosquito bite animals is very rare, the hairy in attempting to scratch to stop itching can cause injury.

High factor that must be considered when an animal is stung by the mosquito is the possibility of being infected by the diseases transmitted by the insect. One of the most feared is filariosis, which affects dogs, but in countries particularly affected by the scourge of mosquitoes like ours, cats can also be affected. Cardiopulmonary filariosis is an infestation of round and white worms that are injected into the animal in the form of larvae that travel in the blood until they reach the heart, where they can grow causing heart and lung problems.

Animals and stings of bees and wasps

The bites of bees and wasps, just like in humans, are particularly painful for dogs and cats. Hairy animals are points of frequency from these insects, because they tend to chase them and catch them with their paws or their mouths. It is a very dangerous game, since both the bees and the wasps are equipped with stings imbued with poison with which they hit the victim. The difference between the two insects lies in the form of the sting. For the wasps it is smooth, while for the bees it is notched, that is why after the victim’s point they die, since the sting can not be extracted without detaching from the insect’s abdomen. 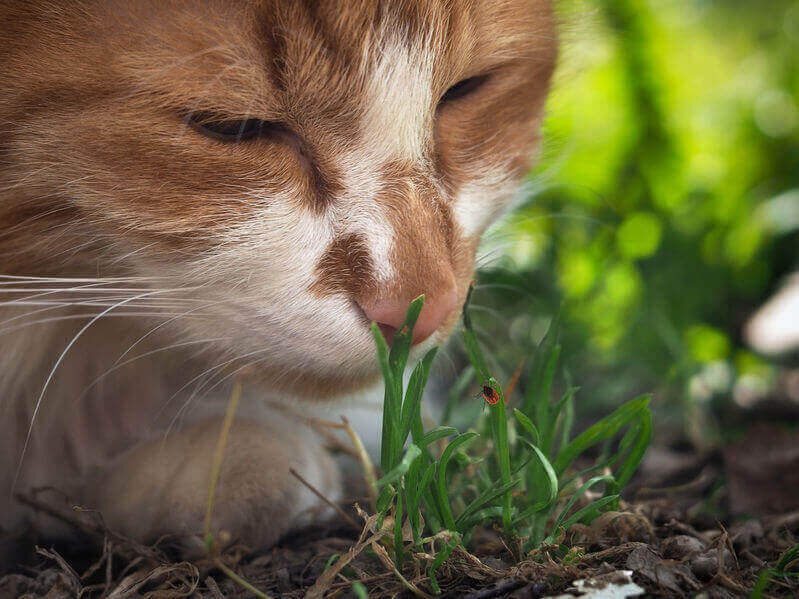 We immediately clarify a concept that scares the masters so much: only in case the dog or the cat is allergic to the poison of the insect, this could die, but in most cases it is not so. However, the sting is really painful and causes swelling and redness in the affected area.

Let’s start with knowing how to treat the most common insect bite, that of the mosquito. The first thing to do is to quench the itching. To do this, simply spread a little aloe vera on the affected area. Since the dog or cat will certainly tend to lick it off, be sure to use only pure gel, free from chemical ingredients. Thanks to the cicatrizing, disinfectant and anesthetic action, aloe helps to fight the symptoms and also to prevent the appearance of infections or worsen the inflammation of the skin. Aloe can be applied several times a day as needed.

Mix all the ingredients in a bottle with spray dispenser. Sprinkle on the animal taking care to avoid the head twice a day. 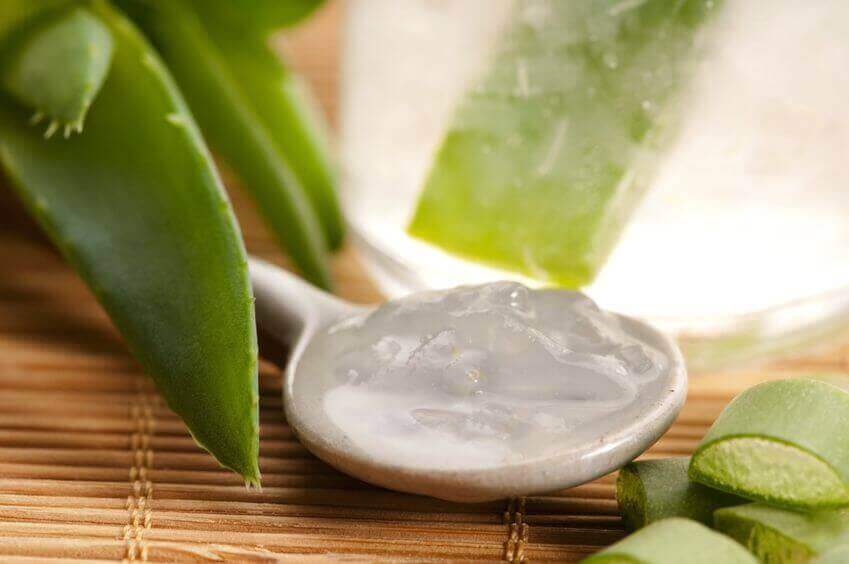 Use aloe vera against wasp and bee stings

The first thing to do is check the presence or absence of the sting. If this is not present and the skin reaction to the sting is moderate, immediately apply ice to the affected area to reduce swelling. Done this smears a little ‘aloe vera several times a day to promote healing and prevent the possibility of infections.

If the sting is still inside, try to remove it, but avoid using tweezers, which could tighten the release of the poison inside. Use a small knife or the tip of a cardboard, removing it as if it were a splinter. If it is difficult for you, take the animal to the vet, which will administer cortisone in the event of a severe allergic reaction.