Aloe vera is a millenary plant, known and used since 4000 BC from Western and Eastern populations. Its fleshy leaves and gel were a precious source for the people, able to treat any health problem. Let’s find out how the use of the aloe has evolved in history and how it was used in the various countries of the world. 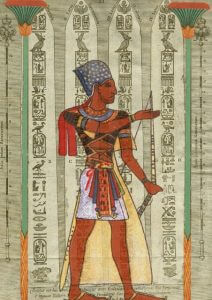 Aloe vera was already used by one of the most emancipated and educated populations of the world, the ancient Egyptians. In a temple dating back to 4000 BC they found depictions of a plant very similar to aloe, called “the plant of immortality”. It was used to embalm the dead and in the rituals of mummification of the pharaohs. The first written testimony of the use of the aloe as a health remedy dates back to 1500 BC in one of the most precious finds in the medical field, the Ebers Papyrus.

This is a collection of papyri on which all the causes of diseases known at the time are reported, and for each of them the possible cure through the use of plants and religious rites.

Legend has it that Cleopatra combined the aloe itself with the goat’s milk in which she bathed every evening.

Other testimonies of the medical use of aloe date back to 2000 BC in Mesopotamia. A Sumerian table of clay was discovered in the city of Nippur near Baghdad, showing the medicinal plants to be used for the creation of a natural remedy. Aloe was also considered a divine plant: thanks to its characteristics, according to the population it had the ability to exorcise the demons that caused health problems. 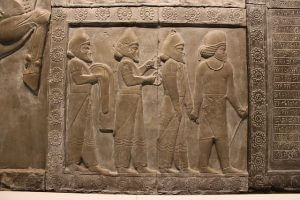 Going forward over the centuries, up to the age of Alexander the Great, that is around 356-323 BC, the populations of the Asian territories used aloe vera gel as a medicine for the wounds of the warriors. To have it always at hand, the Macedonian king had it planted on the carts, so as to bring it in the wake of the wars and always have a fresh supply to use for his soldiers. According to a legend, one of the reasons why Alexander the Great conquered the island of Socotra was to take possession of the aloe vera plantations under the advice of Aristotle, so as to have enough for the whole army.

The Romans also benefited from the properties of the plant. Under the Empire of Nero, in 50 BC, the Greek naturalist doctor Discorides, who practiced also in Rome, after traveling to the east in search of special treatments for a hundred diseases, decided to include aloe juice among the  ingredients for medical recipes. In particular, he used this plant with promising characteristics to treat stomach and joint pains, itching, acne, hair loss and gingival inflammation.

The aloe vera plant in Japan was considered a “Royal Plant”. The imperial family drank it in the form of juice and the samurai used it to massage the body. In China, doctor Shin-Shen in his book of care defines aloe as a “remedy of harmony“. 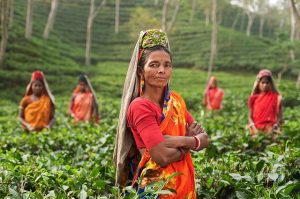 In Sanskrit language aloe is called Ghrita-Kumari. Kumari also translates with the term “maiden”. The name derives from the ability to give energy and youth to women, a characteristic observed by Indian doctors. It was always used in the field of female health to treat menstrual pains and regulate blood circulation.
In Ayurveda medicine, aloe is one of the very few plants that has the ability to rebalance Vata, Pitta and Kapha:

– Vata: regulates breathing and everything related to movements

– Kapha: controls functions based on water, bones, skin and tissues

Aloe has played a very important role in the discovery of America. Thanks to it, Christopher Columbus was able to make, even if unintentionally, one of the most important discoveries of the fifteenth century. In fact, Columbus brought with him several jars with aloe juice to treat the wounds and diseases of the sailors.

Once the Spanish ships arrived in America, the Jesuit monks spread it even in places where it was not used until now. The Mayas venerated it as a fountain of youth, thanks to its ability to grow in the desert and produce such a good and effective juice.

During the sixteenth century, the Indian tribes on American soil used it and relied on its juice to rub the body and protect itself from insects when they migrated through swampy lands. This insect repellent characteristic was then over the centuries adopted always by the Indians to remove the insects from materials such as wood, in order to preserve them for years. 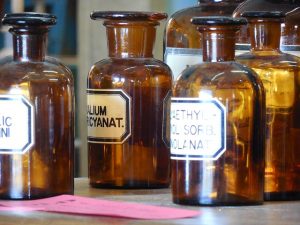 One of the best known long life elixirs in the world is that of Dr. Yerest, who died at the venerable age of 104 for a riding accident. It is said that the longevity of the Swedish doctor is to be attributed to an elixir that until his death was guarded with jealousy by the Swedish family, from which it takes the name of “Swedish Herbs”. Over the years, the recipe has been made known and it has been discovered that one of the main ingredients is aloe juice. At the time when the doctor was still alive, he assured that by drinking this elixir every morning, in addition to wine, tea or broth, one would live long without getting sick and needing medical treatment. The extraordinary thing is that today this elixir is a remedy used in the homeopathic field!

Pastor Kneipp is one of the most famous figures in the medical-naturalistic field. It is thanks to him that the hydrotherapy was rediscovered. The German abbot was an admirer of the aloe, especially for its slimming and detoxifying properties on the digestive system. In fact, according to the presbyter, there is a very strong correlation between the intestine and the immune system. He also prescribed aloe vera in gel to treat eye problems caused by inflammation, obtaining excellent results!